This page presents the workflow/pipeline and management tips that I learned and used whilel making Ethereal Estate.

Use pipeline taks to clearly identify production bottlenecks between teams.

Insert validation steps in the pipelines to create milestones and easily verify the project direction.

Use the UE4 reimport functions to assure that the levels populate automatically with the pipeline.

We used the pipeline function in hansoft to create linear sub-tasks for each object. The tasks are assigned automatically or by the team leads in Hansoft to easily monitor the completion of multiple game elements.

With our game being a sandbox, its important that the large majority of game objects possesses some kind of design intention. This means that all 3D objects that isnt structural to the manor needs balancing and design information.

Its there that most of the game production is started. The system and level designers insert objects in the table, and they and slowly launched into production. The table has a large number of properties, because it serves as a database in quite a few areas in our documentation. The different table instances are then used by different teams. 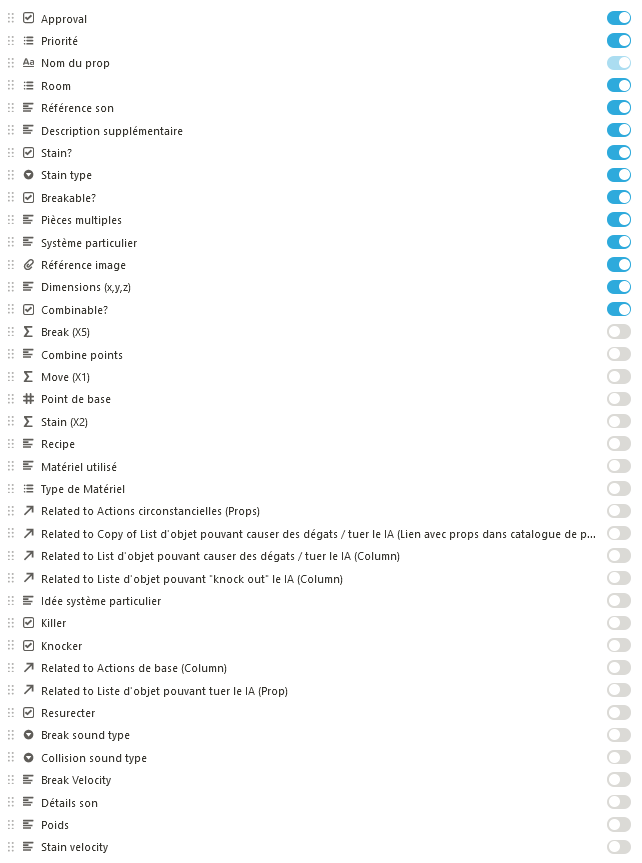 Presentation of the 3D object pipeline

The 3D objects are entered in our management software only when the level designers created them as a blocking in the engine. This is to ensure that all objects currently created by the artists will be used in the game levels someway or another. This also confirms that the object design is done when it starts production. 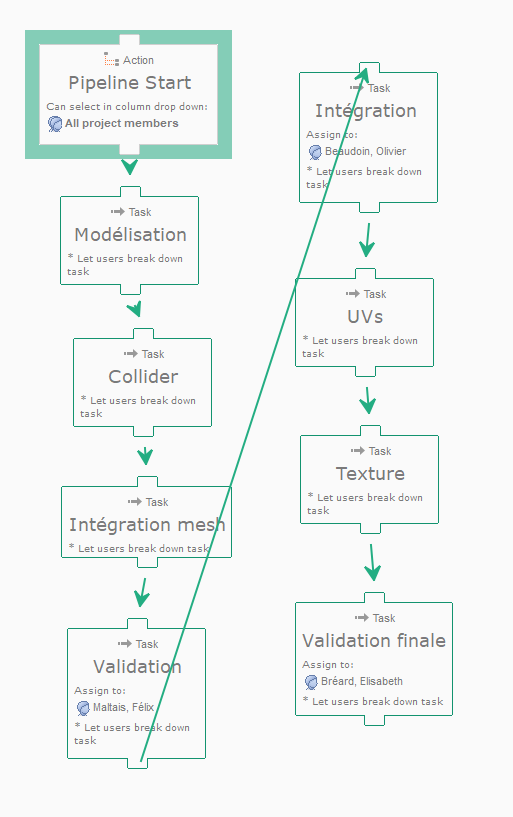 The tasks are nothing peculiar, we ask that the object is integrated in engine (Intégration mesh) before starting the UVs and textures so that we can look for importation/scale problems. This also helps to test the object in the scene.

The Intégration task tells the lead programmer that the object can be launched into production from a programming standpoint.

The programming tasks are done outside of the pipeline, in sprints with the other design and programming user stories.

This pipeline passes through all of a levels completion, presented as a room of the manor in Ethereal Estate.

The moodboard and 2d plans tasks are done simultaneously, and the content table is then filled by the design leads and sometimes the art director to assure that everything needed to create the level is in place.

The blocking step consists of placing blocking meshes in the engine levels. The meshes and slowly replaced by the artists creating them with the import function. This makes it so the levels are automatically populated with updated meshes between object versions.

The technical lighting consists of deciding the number of shadowed lights and their locations in the levels. The lighting will then be ajusted during the level conception when most of the objects are done (Set dressing).

The polish step serves as a base task to consolidate the play experience when it is mostly done at an artistic level, and to verify that all the objects and ambiance fits in the artistic direction.

The debug step serves to verify that theres no design/programming problems withing the levels.

The optimization step is used to do various profiling and performance tests to verify per level performance. In Ethereal, it is mainly used to test light/shader complexity and physics.